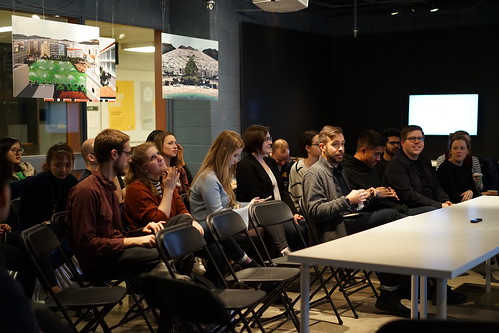 Practice Session No. 6 was led by Konstantinos Pantazis. Konstantinos founded Point Supreme Architects together with Marianna Rentzou in 2008. He studied Architecture in Athens and Urbanism at the Berlage Institute in Rotterdam and worked in offices such as Jun Aoki in Tokyo, OΜΑ-Rem Koolhaas and MVRDV in Rotterdam, 51N4E in Brussels. He has participated in numerous workshops, exhibitions & publications. Point Supreme regularly publish self initiated studies and projects for Athens, where they are based. Their research and projects for the contemporary city was exhibited in the Greek Pavilion at the Venice Architecture Biennale in 2012. That year they were included by popular Greek newspaper LIFO among the 20 most influential personalities in Greece. ‘Athens Projects’, the first book dedicated to their work was published as part of the Treatise Series in 2015 by Graham Foundation in Chicago. In 2017 they were curators of the episode ‘After Utopia’, a part of the 25th Ljubljana Biennale of Design themed ‘Faraway So Close’. They recently finished building the Petralona House in Athens.